Monday, 27 September 2021
HomeNewsThe unveiling of Ralph Modjeski’s plaque in New Orleans
On December 1, the unveiling of Ralph Modjeski’s plaque took place in the Modjeski & Masters office in New Orleans.  The event was organized by the Council of Polish Engineers in North America, an organization of Polish-American engineering organizations including Association of Polish American Engineers in Chicago, Polonia Technica in New York, Polish Engineers Club in Silicon Valley, US-Poland Trade Council in California, and Polish Engineers Society in Canada.  The local arrangements were coordinated by Modjeski & Masters.  The plaque was cast using a special metal alloy, sponsored by Gotowski firm in Bydgoszcz, Poland. The participants in the ceremony also included a delegation of bridge engineers from Poland.
Ralph Modjeski (1861-1940) was born in Poland and emigrated to America in 1876.  He had a solid engineering background as he graduated from the prestigious School of Bridges and Roads in Paris. His major bridge projects include the San Francisco-Oakland Bridge, Ben Franklin Bridge in Philadelphia, and many others.   The Huey P. Long Bridge was the first highway/railroad bridge in the delta of Mississippi River and it was opened to traffic in November 1936.   This was a great success of Modjeski, as the best engineers at that time were unable to build a bridge in the delta of Mississippi due to difficult foundation problems. 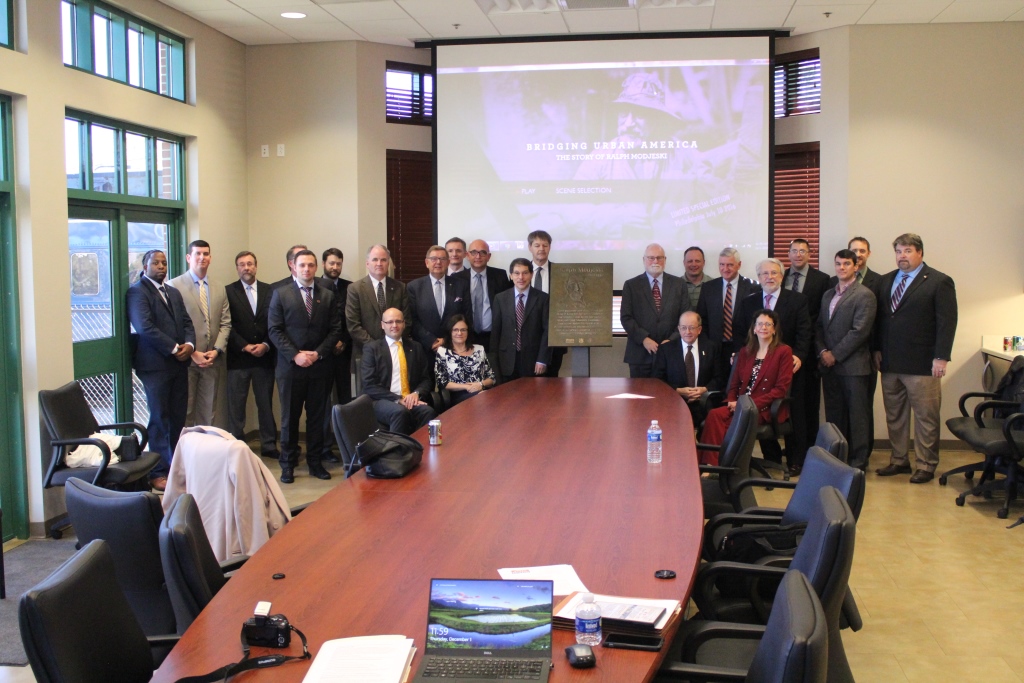 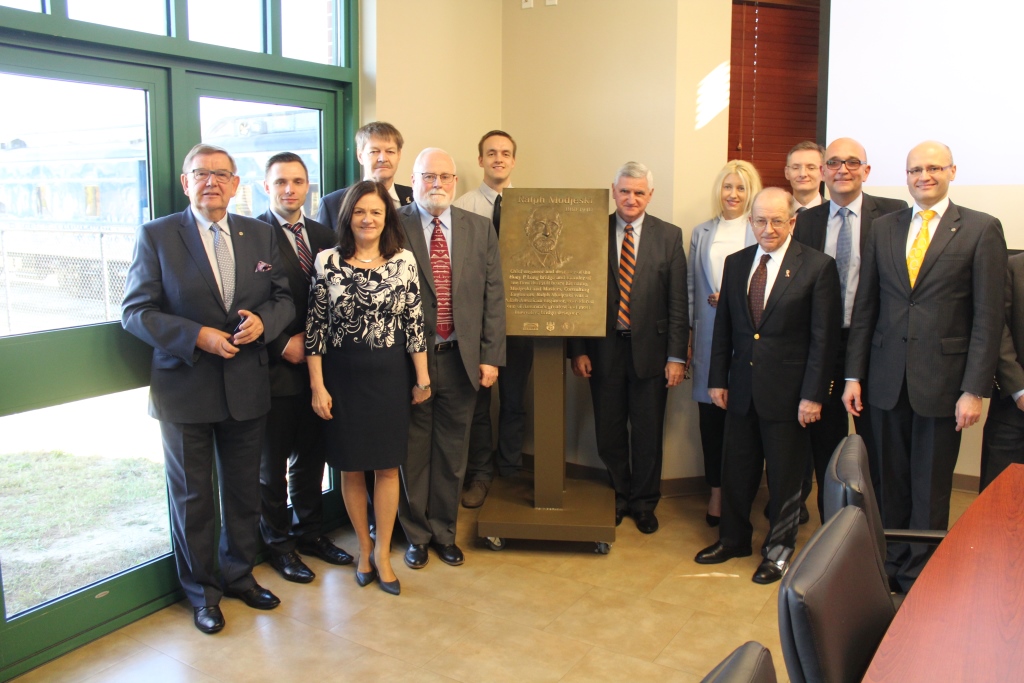